Nessie The Loch Ness Monster is a plesiosaur - photo EXCLUSIVE!

Finally, the image to silence all the sceptics and Nessie nay-sayers. Innovative Loch
Ness researcher and local commentator, Mikko Takala, has managed to obtain this
clear photograph of Nessie - a plesiosaur - in Loch Ness.

The incredible image was
captured at 17.14 on 30 July 2005 in this area. The creature was estimated to be
about three and a half meters long and was about fifty meters offshore.

No photo editing trickery has been used, although some other sadly envious but failed "researchers" are already
making such unfounded and spiteful allegations.

Mikko is interested to know
your views about this image. Special thanks to Strider for the image enhancement
work in the right hand photo. 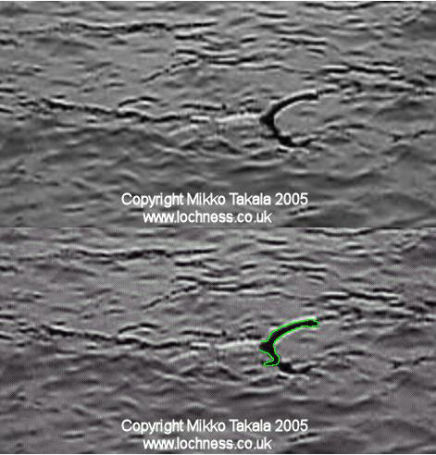