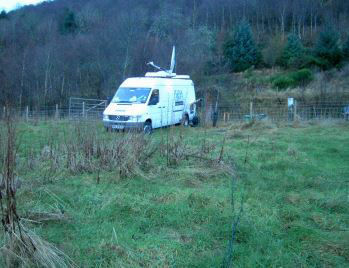 New files have been released under the Freedom of Information Act that clearly show that Mrs Thatcher's government believed in the existence of Nessie the Loch Ness Monster and actively investigated methods for protecting her. Once The Morning Glory program on Channel 4 got to hear about it they turned to leading Loch Ness monster expert Mikko Takala for the official view.

Senior civil servants were concerned that attempts to hunt and capture Nessie could result in harm or even death to the unknown creature and so a great deal of government time and money was spent researching options for her protection. Eventually they concluded that she was well covered by the 1981 Wildlife and Countryside Act, which gives protection to all wild creatures whether or not they are known to science.

It's An Early Start for Channel 4 Live TV!

Later, the Swedes approached the British Foreign Office for advice on protecting Storsjo monster, Sweden’s equivalent of Nessie, which is believed to inhabit Lake Storsjo (in the north of the country). This prompted all sorts of memos between mandarins in both countries including this from J F Buckle, an official at the Department of Agriculture and Fisheries. He wrote “Unfortunately Nessie is not a salmon and would not appear to qualify as a freshwater fish under the Salmon and Fisheries Protection (Scotland) Act 1951.”

Another official was worried for Nessie: "We should maintain the likelihood of protection for what would be a very rare species if ever identified.”

While many of the failed monster hunters of the 70s and 80s now set up exhibitions and contact the media in an apparently desperate attempt to persuade people to give up their belief in Nessie, these newly declassified documents from the government clearly show that she is believed to exist at the highest levels.

The Satellite Uplink Struggled To Leave!

Indeed, government interest in the Loch Ness Monster didn't end under Mrs. Thatcher's reign. As recently as 2001 The Scottish Environmental Protection Agency ("SEPA" - an un-elected quango) tried to set up a panel of "experts" including formally unqualified former monster hunters who now try to debunk the existence of the monster and other folk who wanted the right to control future hunts for the monster. This website was proud to be part of the successful campaign to stop this nonsense which could possibly have fallen foul of European laws on prejudice and curtailed everyone's right to try and find the monster.

The good news is that the Swedes copied our country's lead and in 1986 they passed laws to give their monster similar legal protection to Nessie.

Finally, when Channel 4's Morning Glory team arrived from London with a satellite uplink truck to film a live interview with Mikko about all this, they were trapped by Nessie and had to be hauled out of her grip!!!