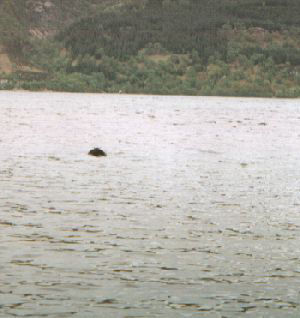 Nessie is often seen as humps in Loch Ness

The Loch Ness Monster often appears as one or more humps in the water. There are many witnesses with signtings that cannot be explained. 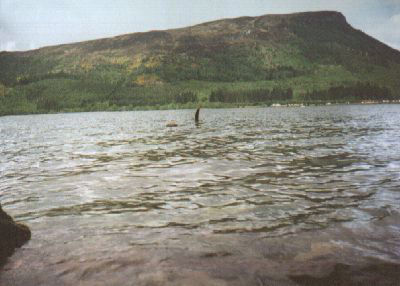 Plesiosaurs are commonly seen in the loch

Locals, visitors and our LiveCam viewers often see a plesiosaur in Loch Ness. Most loch researchers believe the plesiosaur is the most likely explanation for Nessie. 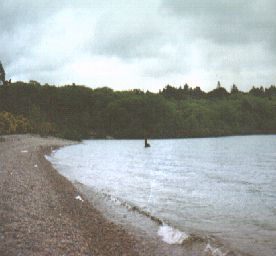 The Loch Ness Monster is not confined to the water. As an acquatic dinosaur, she has still been frequently seen on land - possibly hunting or seeking a mate.

Nessie was first spotted by the Vikings - Celtic and Norse folklore has stories of water horses seen in the lochs. The first written account of a meeting with Nessie seems to be that of Adamnan in 565 A.D. He describes St. Columba's sighting of a very large monster in Loch Ness.

Legend tells of how St. Columba heard about the monster's murder of a man and how he rowed out to the centre of the loch to order the beast to desist from such attacks in the future. Ever since that time, Nessie has never been known to have repeated its misdemeanour.
The monster was also seen last century but the poor man who sighted the beast was so shocked he did not speak much about the incident. Throughout this century so many people have seen Nessie who seem to have no identifiable gain from telling of their sightings that it seems likely that a great unexplained mystery does exist.