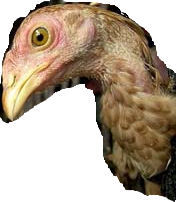 While Avian Flu is spreading like wildfire around the planet, threatening to kill hundreds of millions of people, another rarer creature is also in grave peril. Nessie, the Loch Ness Monster is thought by many to be a plesiosaur; one of the last surviving dinosaurs. The fear is that a virulent strain of bird flu could easily infect the famous monster because today’s birds are direct descendants of the dinosaurs and share much of their DNA.

The Curator of Paleontology, American Museum of Natural History says, “The reason birds are so important to us is really a fact we weren’t so aware of 10, 20 years ago is that birds are living dinosaurs. They’re not just related to dinosaurs. They are dinosaurs. They’re a branch of dinosaurs, so conveniently enough dinosaurs didn’t go completely extinct. One group, the birds, survived.”

Speaking from his Loch Ness project offices Professor Kettle said, “we are very concerned. Given sufficient time there is the hope that enough flu vaccine can be produced to save millions of people from the coming pandemic but we really know nothing about Nessie’s biology and I can’t see what we can do to help her.”

Following news that fowl imports from Turkey have all been banned by the EU, visitors to the area are being urged to avoid throwing dead chickens into Loch Ness, a common spectacle as they try to coax one of her rare appearances from the murky depths. “I really would like to impress upon people the dangers of throwing food into the loch”, said a spokesperson for a local touring company, “there is always the danger that it might be a tainted Turkish turkey that could pass on the virus to our Nessie”.

The British Turkey Chicken Grooming Association was unavailable for comment at time of going to press.